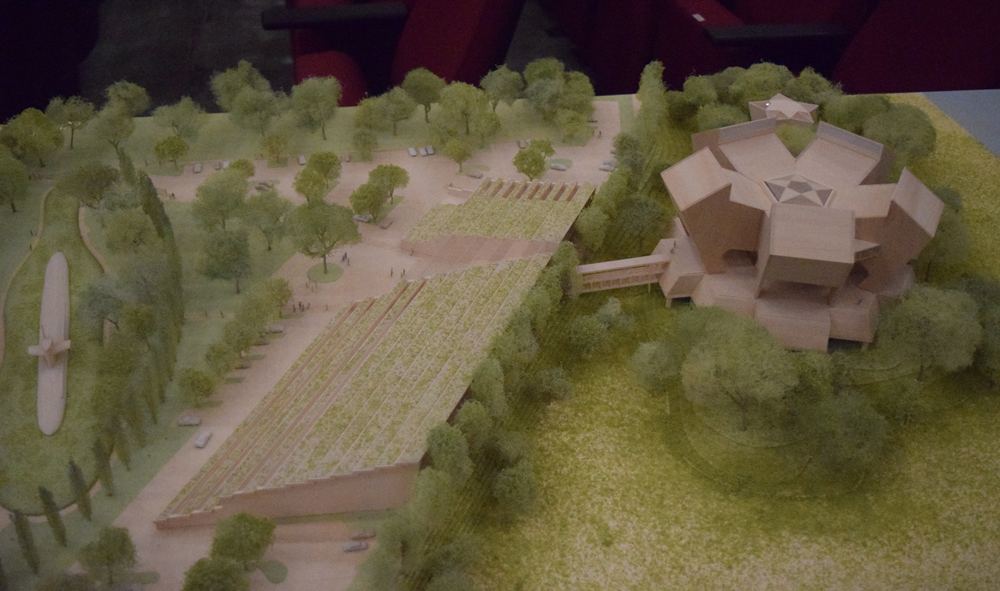 The National Medal of Honor Museum Foundation has chosen the “pavilion scheme” from the two designs proposed last month based on public input that it gathered in person and online. The new design is similar to the original design proposed in 2014 but its height is reduced by 21 feet. (Photo/Patrick Hoff)

After three months of public input in person and online, the National Medal of Honor Museum Foundation has selected a new design based on what it heard from the community.
The design, called the “pavilion scheme” when proposed last month, is a similar design to the original design proposed in 2014, but architect Moshe Safdie lowered the height of the museum by 21 feet by moving the conference center into the pavilion section, which also includes lobbies and classrooms. 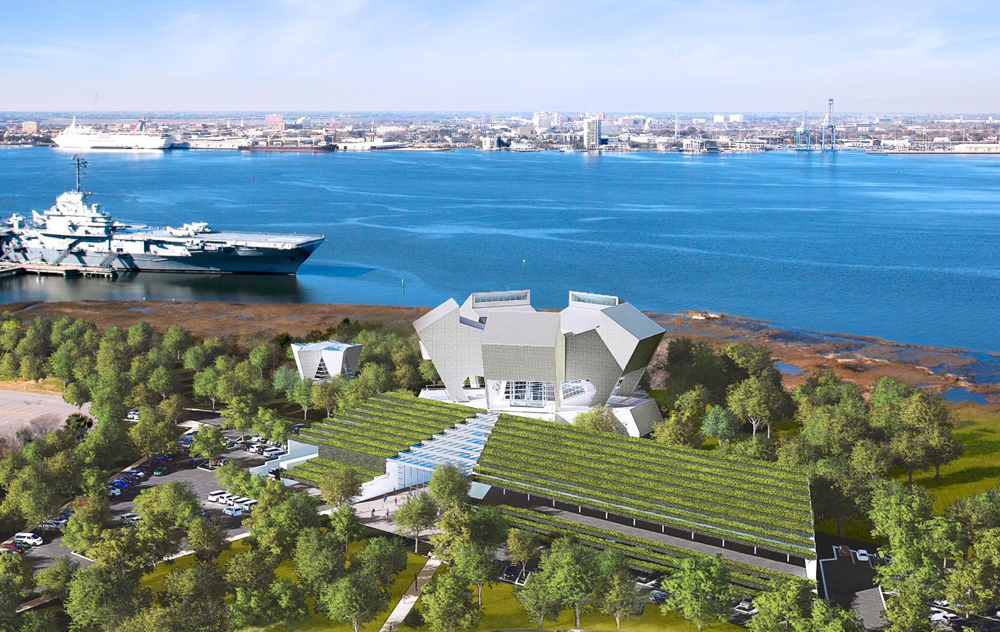 The “pavilion” design would be shorter than the original design. (Rendering/Provided)

“We really strove to make sure it feels that it fits in the context of the site,” museum CEO Joe Daniels said when presenting the design Tuesday night at Wando High School.The original design was rejected in January by the Mount Pleasant Planning Commission for being taller than the town’s height limits on new construction. When Joe Daniels became CEO of the Medal of Honor Museum Foundation in April, he said he would go back to the drawing board and revise the museum designs with public input.
“We feel the process … has not been a perfect process, but it’s been good, and we feel that, ultimately, the process has integrity,” Daniels said.
Daniels acknowledged that public design processes like this are often contentious — “It’s all over the place, and that’s how it should be.”
“But the way that these things calm down, the way that these things become real is by one word: It’s ‘progress,’” he said. “You start finishing the design, you start doing construction, and people see this national symbol take shape.”
He added that he hopes the conversation remains civil as discussions about the museum design continue.
“As much as possible, we as an organization are trying to conduct our discussions as civilly as possible, and I know everyone in this room shares that,” he said.